New York – The United Nations Security Council has delayed a planned pullout of peacekeepers from Sudan‘s western province of Darfur after the nation was plunged into crisis following the overthrow of longtime president Omar al-Bashir.

The 15-member body on Thursday voted unanimously for a resolution – drafted by the United Kingdom and Germany – to extend the so-called United Nations-African Union Hybrid Operation in Darfur (UNAMID) at its current size until October 31.

The UN currently has almost 5,600 so-called blue helmets in Darfur, though plans had been in place to reduce the force’s size to 4,050.

The document said members agreed to “extend, temporarily and exceptionally, the period of drawdown for UNAMID’s military personnel outlined … in order to maintain the mission’s self-protection capacities.”

Jonathan Allen, the UK’s deputy UN ambassador, said blue helmets were still needed to protect civilians in Darfur and called for the Rapid Support Forces (RSF), a paramilitary group that has been accused of atrocities, to vacate UN facilities there.

“It would have been impossible under current circumstances to have continued the drawdown as if nothing were happening in [the capital] Khartoum. What the resolution does is to pause that drawdown,” Allen told reporters outside the council chamber at the world body’s headquarters in New York.

“We can’t see any continuation of a drawdown until it’s absolutely clear what’s happening to the [UN bases], until we’re clear about the role of Rapid Support Forces. And, of course, what we want to see in Khartoum is a transition to a civilian-led government.”

The RSF is led by Mohamed Hamdan Dagalo, better known as Hemeti. He is also the deputy head of Sudan’s Transitional Military Council (TMC), which seized control after al-Bashir’s toppling in April. The RSF grew out of the government-backed militia known as the Janjaweed that are accused of atrocities in Darfur. 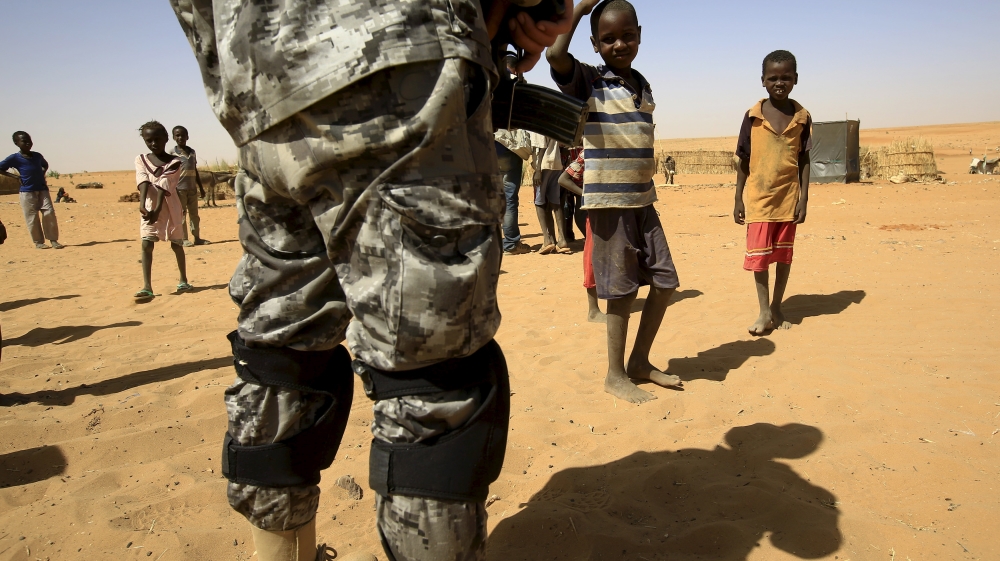 UNAMID has been deployed in Darfur since 2007 [File: Mohamed Nureldin Abdallah/Reuters]

Members also asked UN Secretary-General Antonio Guterres and the African Union to report back on the latest developments in Sudan by the end of September about prospects for pulling peacekeepers out of its troubled western province.

UNAMID has been deployed in Darfur since 2007 with a mandate to stem violence against civilians in a conflict that saw the International Criminal Court issue an arrest warrant for al-Bashir on charges, which he denies, of war crimes and genocide.

Al-Bashir is accused of masterminding operations in which the government-backed militia, Janjaweed, committed atrocities in Darfur after mainly non-Arab rebels took up arms in 2003 against the Arab-led government in Khartoum, accusing it of discrimination.

The council acted as Sudan’s political crisis was deepening. This week, opposition activists announced plans for more mass protests after the country’s ruling generals rejected an Ethiopian proposal for a transitional government.

The TMC and an opposition coalition have been wrangling for weeks over what form a transitional government should take after the generals deposed and arrested al-Bashir on April 11.

Talks between the two sides collapsed when security forces stormed a protest sit-in on June 3, killing dozens and prompting concern from world powers. Residents said the soldiers, dressed in tan fatigues, were from Hemeti’s RSF.

Jonathan Loeb, an expert on Darfur for the UK-based human rights watchdog Amnesty International, warned that the UN had previously handed over its bases to the same Sudanese security forces who were accused of atrocities.

“A four-month technical rollover is a step in the right direction. The question is what happens in October when this expires, and will the council base subsequent decisions on an accurate assessment of what’s happening on the ground in Darfur and what is likely to happen if peacekeepers pull out then?” Loeb told Al Jazeera.

“During past assessments, UNAMID has not comprehensively relayed the situation to council members and has not seriously considered the potential risk faced by civilians who are in need of UNAMID’s protection.”

According to Allen, the UK envoy, the top UN body may need to extend UNAMID’s deployment again in four months’ time unless Sudan’s chaos was brought under control. The ruling generals faced a tough choice, he said.

“A choice around ending all violence, a choice around a transfer to a civilian-led authority, a choice that enables the international community to come in and really support Sudan as it deals with a legacy of economic mismanagement over several decades,” Allen told members.

“The opposite choice, I fear, will lead to greater division, greater instability and greater problems for this council.” 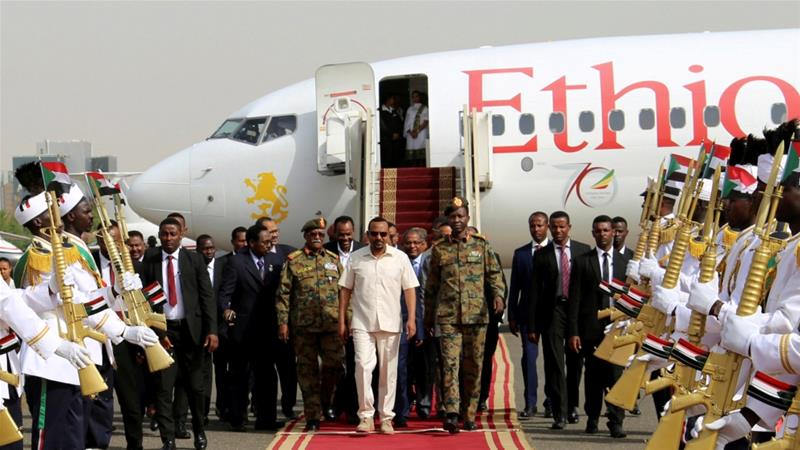