Dozens of civilians, mainly women and children, were killed in western Afghanistan on Wednesday when the bus they were travelling on hit an improvised explosive device.

The passenger bus travelling on the Kandahar-Herat highway struck a “Taliban roadside bomb” and at least 32 people were killed and 17 wounded, said Muhibullah Muhib, the spokesman for Farah province.

“The bomb was freshly planted by the Taliban insurgents to target Afghan and foreign security forces,” he said, adding all victims were civilians, mostly women and children.

Sediq Sediqqi, a spokesman for the Afghan presidency, put the death toll slightly higher at 34, also blaming it on the Taliban.

No immediate confirmation from the group was given that it was behind the blast. Taliban fighters operate in the region and frequently use roadside bombs to target government officials and security forces.

Security has been deteriorating across Afghanistan with the Taliban and Islamic State of Iraq and the Levant fighters mounting near-daily attacks on Afghan forces, government employees, and civilians.

The blast came one day after the United Nations said civilians were being killed and wounded at a “shocking” level in Afghanistan’s war, despite a push to end the nearly 18-year-old conflict.

Casualties have dropped 27 percent in the first half of 2019 compared to the same period last year, which was a record, but nonetheless, 1,366 civilians were killed and another 2,446 injured. The UN branded efforts to reduce the violence “insufficient”.

It also said that United States and pro-government forces caused more civilian deaths than the Taliban and other armed groups for the second quarter running.

The bloodshed comes amid a months-long, US-led push to forge a peace deal with the Taliban that would see foreign forces quit the country in return for various security guarantees. 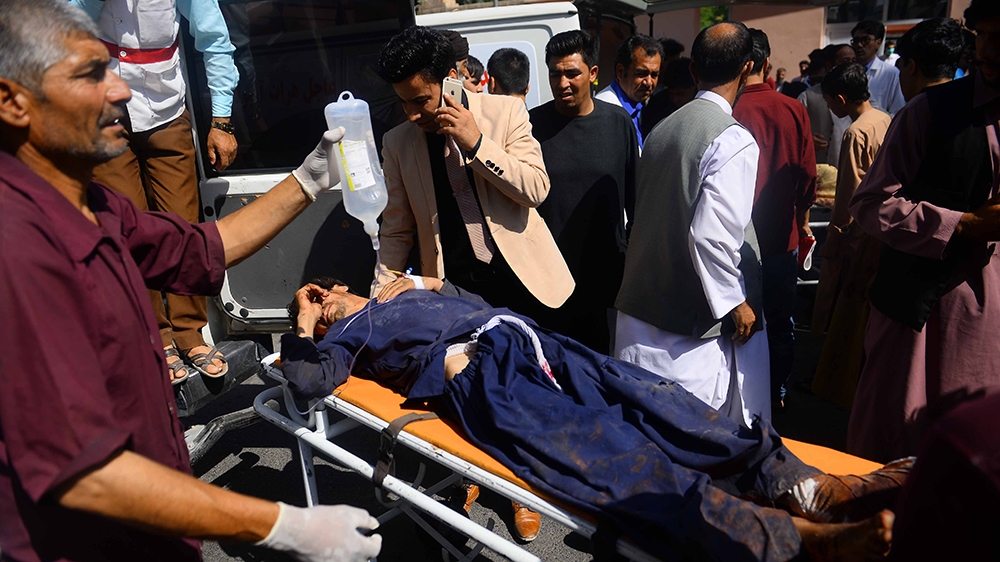