At least 78 people have been killed and more than 100 wounded in a car bomb attack in the Somali capital Mogadishu on Saturday, authorities said.

“The number of the dead from the blast is still increasing, we now have 78 dead and 125 injured,” the director of the private Aamin Ambulance service, Abdukadir Abdirahman Haji, told AFP news agency.

Those wounded include children and several university students who had been travelling in a bus, Hussein said.

There were conflicting reports about the number of casualties. Speaking to Al Jazeera, the adviser to Mogadishu’s mayor said the death toll “is above 90 at the moment”.

“There are many casualties as well so the death toll is expected to rise,” Hodan Ali said, adding that the explosion took place at the Ex-Control junction.

“We can expect more injuries and casualties once these numbers are officially tallied,” she said, speaking from Nairobi. “A lot of officials are saying their priority is to try to help those who have been injured, trying to get them to hospitals as quickly as possible and then, of course, count the dead.”

Suicide-bomber driving a car laden with explosives detonates at #Mogadishu’s Ex-control Afgoye. Casualties of this horrific blast is yet to clarify. #Somalia. 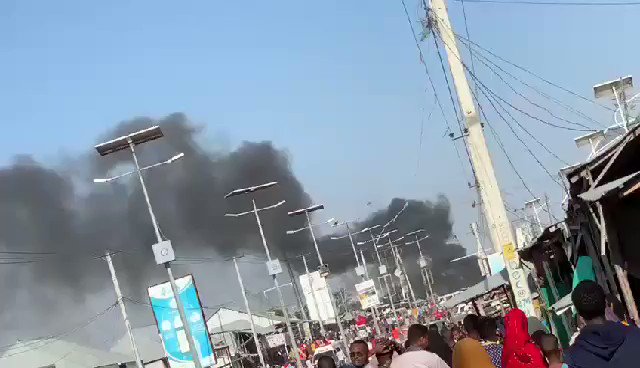 71 people are talking about this

Rescuers carried bodies past the twisted wreckage of a vehicle and a minibus taxi smeared with blood.

Three witnesses told Reuters news agency that a small team of Turkish engineers was present at the time of the blast at the Ex-Control checkpoint, constructing a road to the city.

A car belonging to the engineers was destroyed instantly in the blast, the witnesses said.

Many of the dead were “students with ambition, and hardworking men and women”, he wrote.

Turkey’s foreign ministry confirmed the death of two of its nationals.

Bodies lay on the ground amid the blackened skeletons of vehicles. At a hospital, families and friends picked through dozens of the dead, gingerly lifting sheets to peer at faces, while hundreds of Mogadishu residents began to donate blood in response to desperate appeals.

Sakariye Abdukadir, who was near the area when the car bomb detonated, said the blast “destroyed several of my car windows”.

“All I could see was scattered dead bodies … amid the blast and some of them burned beyond recognition.” 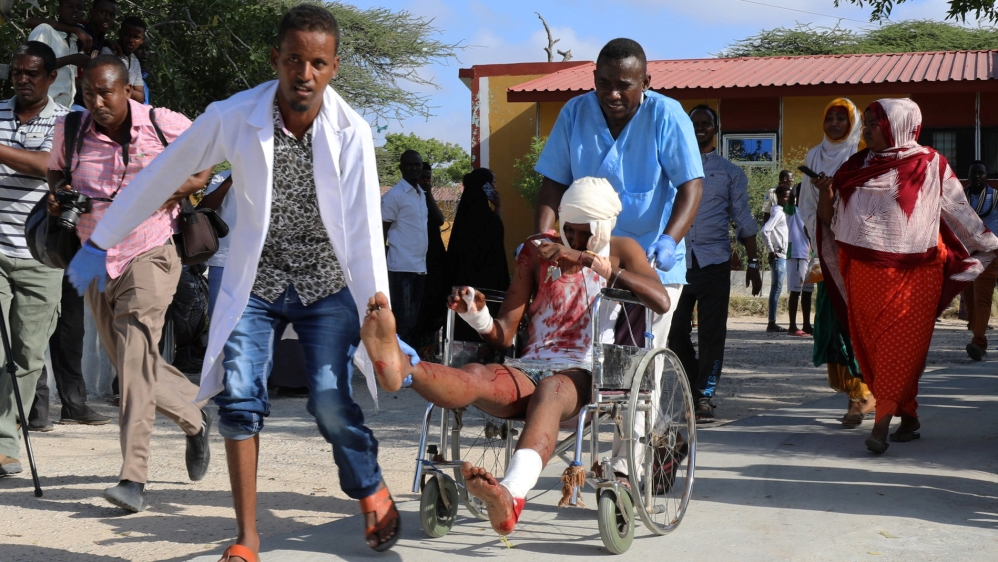 There was no immediate claim of responsibility for the blast.

President Mohamed Abdullahi Farmaajo condemned the attack as a “heinous act of terror” and blamed the al-Shabab armed group.

Al-Shabab, which once controlled much of the country, was forced out of Mogadishu in 2011 and has since lost most of its other strongholds. But its fighters regularly attack sites in Somalia and neighbouring Kenya, which has troops in Somalia to battle the armed group.

The attack raises concerns about the readiness of Somali forces to take over responsibility for the country’s security from an African Union force in the coming months.

Somalia has been riven by conflict since a civil war broke out in 1991, but has stabilised somewhat in recent years. 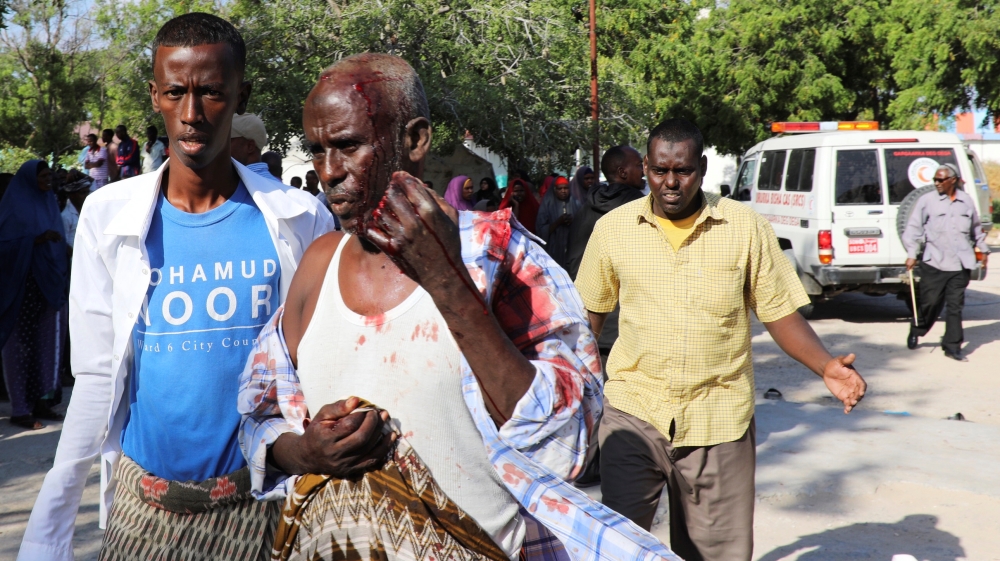