France and several of its European allies have officially set up a new task force, called Takuba, made of special forces that will fight armed groups in the West African region of Sahel alongside the armies of Mali and Niger.

After an audio conference on Friday, representatives of 13 countries – Belgium, the Czech Republic, Denmark, Estonia, France, Germany, Mali, the Netherlands, Niger, Norway, Portugal, Sweden and the UK – issued a statement in which they committed to further efforts to overcome the “terrorist groups’ resilience”.

The statement said Takuba, which means “sabre” in Tuareg, is planned “to have an initial operational capability (IOC) by the summer of 2020 and expected to become operational (FOC) by early 2021”.

It added that new task force will assist regional armies in countering armed groups and will complement efforts made by France’s Operation Barkhane and the regional G5 Sahel Joint Force, comprised of troops from Burkina Faso, Chad, Mali, Mauritania and Niger.

The new task force will operate in the Liptako region, an area between Burkina Faso, Niger and Mali, according to the statement. Liptako is known for being a stronghold for fighters linked to ISIL (ISIS).

“Takuba will therefore be part of the counter-terrorism pillar of the ‘Coalition for the Sahel’, the broader coordinating framework recently announced in Pau,” it said, referring to the France-G5 Sahel summit held in the southern French city in January,

That meeting ended with leaders agreeing to the creation of a new structure aimed at bringing the two parties’ forces together under a single command, as well as facilitate joint operations and improve intelligence sharing.

During the summit, French President Emmanuel Macron also sought a clear declaration by his counterparts confirming their preference for France’s military engagement at a time of rising anti-French sentiment in some countries amid the swiftly deteriorating security situation.

France reaffirms Sahel presence but root cause of crisis unsolved

France, the former colonial power that once ruled several West African countries, already has about 4,500 soldiers in the region conducting Operation Barkhane.

Meanwhile, the United Nations has a 13,000-strong peacekeeping operation in Mali in what may be the world body’s most dangerous mission so far.

The UN, France and the US have poured billions of dollars into stabilising the Sahel, but have seen little success.

The region has seen a rise in violence in recent months, feeding a feeling of increased insecurity among residents, with millions displaced.

In January the UN envoy for West Africa told the UN Security Council that attacks have increased fivefold in Burkina Faso, Mali and Niger since 2016. More than 4,000 deaths were reported in 2019. 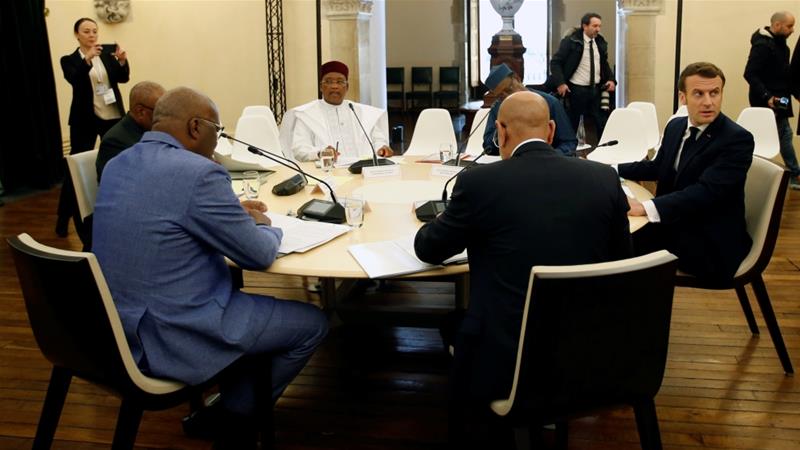 Has campaign against armed groups in West Africa’s Sahel failed?