Islamabad, Pakistan – At least four people have been killed and 28 wounded in clashes between protesters and security forces in the western Pakistani border town of Chaman, according to local officials.

The clashes began on Thursday when thousands of protesters – who have been holding a sit-in demanding that the border crossing with Afghanistan be reopened – stormed government offices near the border, local officials said.

“Four people were killed, including a woman, in that clash,” said Zakaullah Durrani, a senior government official. “And there was firing until 1am [local time, 21:00 GMT on Thursday].”

Meanwhile, government officials held a high-level meeting on Friday, before planned negotiations with the protesters later in the day, Durrani told Al Jazeera.

Chaman border crossing is one of the main crossings between Pakistan and Afghanistan in the former’s Balochistan province.

The government has, in the past, allowed free movement of local labourers across the border into Afghanistan and back to Pakistan to engage in trade and daily wage labour.

But the border has been shut to pedestrians for weeks due to security concerns and the coronavirus pandemic, according to Zia Langove, Balochistan home minister.

It was briefly reopened earlier this week, before security concerns forced its closure, Langove told reporters on Thursday. The fresh closure of the border prompted the ongoing sit-in protest.

Langove blamed the violence on “miscreants” among the protesters who he alleged were attempting to prompt security forces to fire on the crowd.

“Those labourers tried to cross the border and they also attacked the [government-run] quarantine centre and [National Database and Registration Authority] centre there,” he said. “There was firing, and those miscreants who tried to take advantage of the situation, they also played a role to fan the flames.”

Balochistan is Pakistan’s largest but least populated province, and suffers widespread poverty and deprivation. The province has a 1,000km-long (621 miles) border with Pakistan’s western neighbour Afghanistan.

In areas like Chaman, the border has historically been porous, with the international boundary running through the middle of many villages.

The daily wage labourers holding the protest have demanded the border be reopened so that they can return to their jobs, which require crossing the boundary. 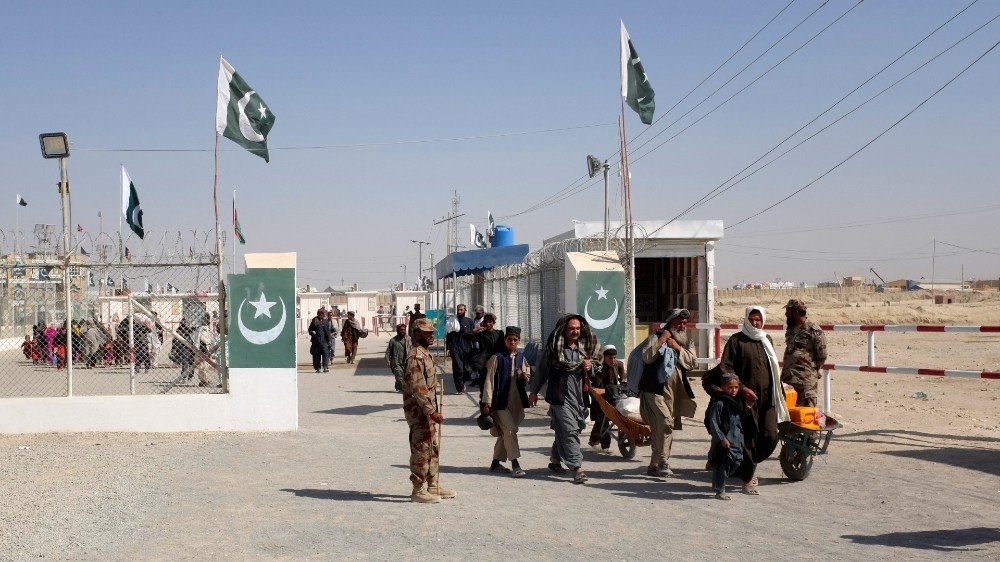